Tribes: Ascend is a free-to-play first-person shooter that was developed by Hi-Rez Studios as part of the Tribes franchise. It was unveiled on March 11, 2011 at the Penny Arcade Expo East, and was released on April 12, 2012 for the PC as a digital download. It incorporates many of the series' iconic features such as  skiing and jetpacks.

Are you new to Tribes: Ascend? Then check out the Beginner's Guide! 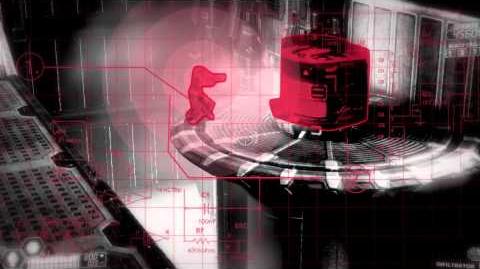 (For anyone reading please note that the current information is kinda outdated. In short i'll let anyone know that Tribes Ascend has gotten a P.T.S Update ( Playable Testing Servers ) and HI-Rez has reworked the entire game and Re-Balanced every weapon removed the classes and switched them to a Light, Medium, and Heavy type and much more

The game uses a freemium payment system where players pay to unlock classes or new class weapons via in-game earned experience points (XP)  or purchased Tribes Gold. Currently a player can swap classes at will during respawn or at an inventory station. Upgrades are available for each piece of Class specific Equipment which cost XP. The rate at which experience is earned can be increased by purchasing Boosters or VIP status. Experience can be shared between classes as all Experience goes in to a general pool to be spent.

Players who are unsure about spending credits/XP can now test weapons in the training map Target Practice. Simply select the desired weapon from the 'Modify Classes' page and you will equip it no matter what class you are using.

Purely cosmetic items, such as skins and voice packs, are available to purchase for Gold only. This is to encourage players to invest in the game by spending real money without making the game 'pay-to-win'.

No longer exist in the current build.

During matches the players can earn credits to spend on Call-Ins, Vehicles or upgrading Base Assets such as Base Turrents, Radar Sensor and Generator. Credits are earned based on damage dealt to enemy Players and Accolades. At the end of the match players will be shown a Summary screen with their score and accolade accumulation during that match and a performance comparable to other players in the match.

One of the most popular ways to communicate in the game is through the VGS, a system of voice commands. Pressing the "V" key brings up a list of commands to send a voice message to your team and/or the enemy. This is similar to the system used by games like Planetside, Unreal Tournament and the original Tribes games. In addition the User may also press "T" in game to type in their own message to all players on server, or "Y" to talk only to people on your team.

Currently, Hi-Rez is working on Capture the Flag, Capture and Hold, CTF Blitz, Team Deathmatch, and Arena game modes. Rabbit was tested during beta but is currently only playable on custom servers. Some maps are traditional Tribes maps with large open spaces and some maps have a more urban feel.

Tribes: Ascend features a remake of the map Katabatic from Tribes 2 as well as Raindance from Tribes. The map Crossfire is a 'spiritual successor' to a map named Broadside/Blastside in both Tribes and Tribes 2, but at first glance does not appear so.

Custom servers can be rented from Hi-Rez Studios and allow users to set their own rules. Almost anything in the game can be used, provided it doesn't spoil the freemium payment system used by the game. Base Experience on a custom server is gained at any time, but Bonus and Performance XP are only gained after at least 6 players are on the server. As of Version 1.0.1141 full rewards and accolades are earned on Custom Servers.